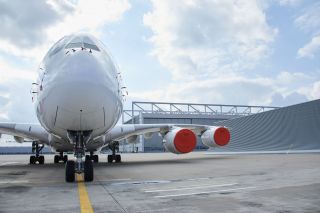 FRANKFURT - Deutsche Lufthansa is preparing to ground more planes than planned and cut working hours during the winter as a surge in coronavirus infections is putting people off travelling.

Lufthansa and its subsidiaries Eurowings, Swiss, Austrian and Brussels Airlines will ground 125 more aircraft during the winter than originally planned, Chief Executive Carsten Spohr said in a letter to staff seen by Reuters.

"It is unavoidable to ramp down operations during the winter of 2020/21 even further and to put as many areas as possible in 'hibernation' from mid-December," he said.

Most of the group's administrative staff will be put on a government-sponsored reduced hours scheme, he added.