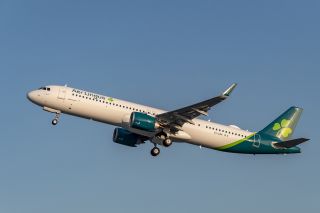 DUBLIN - Ireland will start implementing the European Union's "traffic light" system for non-essential EU travellers such as tourists from Nov. 8, easing some of the bloc's tightest restrictions, Tourist Minister Eamon Ryan said on Wednesday - Aer Lingus and Ryanair had long lobbied for an adoption of the scheme.

Ireland began allowing quarantine-free access in July from European countries with relatively low numbers of Covid-19 cases, a measure that opened up travel with 15 countries for a short period, although that has fallen to zero in recent weeks as infections across the region rise again.

In line with EU guideline, the so-called "green list" will remain but those arriving from regions designated as "orange" -- currently a handful of EU countries -- will not need to restrict their movements if they produce a negative Polymerase Chain Reaction (PCR) result from a test taken up to three days before arrival

The requirement for "red" country arrivals to quarantine for 14 days remains, but the government plans that "within a short number of weeks" this too can be waived following a negative test result taken five days after arrival, Ryan said.

Children under six will be exempt and arrivals will have to pay for their own test, Ryan said, adding that its adaptation of the EU system was similar to Germany and the United Kingdom.

EU nations have been encouraged to apply "proportionate" measures for medium-risk orange and high-risk red zones, such as a quarantine or a test rather than a blanket bar on entry.