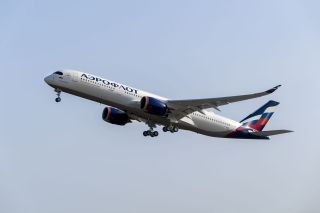 The TASS and RIA news agencies named the executive on Thursday as Dmitry Fedotkin and said he denied any wrongdoing. Fedotkin's profile on the Linkedin website says he has been Aeroflot's station manager in Britain for the last five years and was the airline's UK country manager for almost three years before that.

One unnamed Russian source was cited by Russian news agencies as saying Fedotkin had passed secrets pertaining to Russia's social and political situation to Britain's MI6 foreign intelligence service, but did not have access to state secrets linked to the aviation industry.

Aeroflot said it did not have any information about the case, while the British embassy in Moscow referred questions to Russian authorities. Records from Moscow's Lefortovsky District Court show it opened a state treason case against an individual named D.A. Fedotkin on Wednesday. If convicted of high treason, he could face up to 20 years in jail.

Relations between London and Moscow sank to a post-Cold War low over the 2018 poisoning of Sergei Skripal, a former Russian intelligence operative who betrayed Russian agents to MI6.