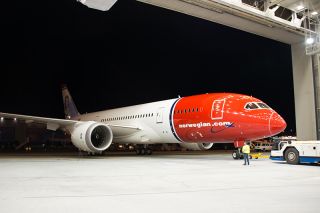 OSLO - Norwegian Air has asked an Irish court to oversee a restructuring of its massive debt as it seeks to stave off collapse amid the coronavirus pandemic, the budget airline said on Wednesday. Norway's government last week rejected the airline's plea for another injection of state funds.

The company said the following day it was at risk of having to halt operations in early 2021 unless it got access to more cash.

"The main purpose here is to come out of this process quite shortly with a company that is 'investable', where we can be attractive again for investors. That is the target," Norwegian Air Chief Financial Officer Geir Karlsen told Reuters.

The company had opted for an Irish process since its aircraft assets are held in Ireland, it said.

Around 100 Norwegian Air staff wearing company uniform had earlier demonstrated in front of the parliament building in Oslo to demand more state support for the airline and the industry.

Norwegian has scaled back its schedules drastically and is now serving domestic routes only, with six of its 140 aircraft flying.

The airline said it could continue to operate its flights as planned and that its bonds and shares would trade as normal.

Karlsen declined to say how many aircraft Norwegian could have by the end of the bankruptcy protection process, called "examinership" in Ireland, which lasts for up to five months. An Irish court will hear the application on Dec. 7.

Having lost money each year from 2017 to 2019, and raised new equity from shareholders on three occasions as the company haemorrhaged cash, Norwegian was seen as vulnerable even before the virus outbreak.

Included in the overall amount owed was net interest-bearing debt of 48.5 billion crowns, while Norwegian's cash holdings stood at just 3.4 billion at the end of the third quarter.

The Norwegian government granted loans guarantees to the company of 3 billion crowns earlier this year, but later rejected a second request for funds.