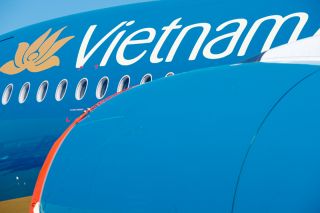 HANOI - Vietnam will start building the first phase of what will become its largest airport near its economic hub Ho Chi Minh City on Tuesday, as it seeks to speed up public investment to shore up economic growth amid the coronavirus pandemic.

The first phase of the Long Thanh Airport in Dong Nai province will cost $4.66 billion and will be operational from 2025, the government said in a statement on its website.

It will include a 4 km (2.5 mile) runway, a terminal and related facilities capable of serving 25 million passengers and handling 1.2 million tonnes of cargo a year, it said.

"The construction of the airport is an important step to boost public investment and reduce the adverse impact of the COVID-19 pandemic on the economy," Prime Minister Nguyen Xuan Phuc said in the statement.

The entire project, when fully operational, would be able to serve 100 million passengers a year and would cost $16 billion to build, according to the government.

It would become a key transit hub for international passengers, the government said, adding that the existing Tan Son Nhat Airport nearby in Ho Chi Minh City, which has been overloaded since 2015, will be used as a domestic airport.
© Reuters, aero.uk | 04/01/2021 10:44