Britain and EU pitch to resolve dispute with US 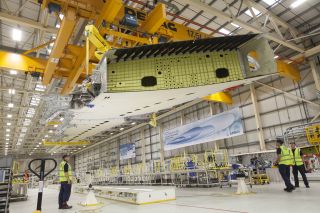 WASHINGTON - "Far too long": envoys from Britain and the European Union on Monday underscored their willingness to negotiate with the new U.S. government to quickly resolve a 16-year dispute over aircraft subsidies that has triggered tariffs on other goods on both sides of the Atlantic.

EU Ambassador Stavros Lambrinidis told a trade conference the dispute had gone on far too long, and China - which provided 100% subsidies to its aircraft industry - could soon be flooding the global market, which would pose a bigger threat.

He said reaching an agreement and removing tariffs now in place on aircraft built by U.S. planemakers Boeing and Europe's Airbus, as well as a range of other goods, would provide a boost to markets and send a strong message to workers in an industry that has been rocked by the Covid-19 pandemic.
© Reuters, aero.uk | Image: Airbus | 09/02/2021 07:41