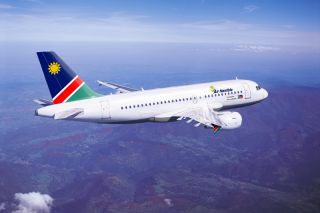 WINDHOEK - Debt-laden Air Namibia cancelled all flights on Thursday and promised to refund customers, ahead of a government news conference on the national carrier's expected liquidation.

Several local media outlets have reported that the airline is likely to enter liquidation as early as next week. A finance ministry spokesman said the government would address the media on Thursday to discuss the matter.

In a statement posted on Facebook late on Wednesday, the beleaguered airline said its was cancelling all flight operations and suspending new bookings from Feb. 11.

State-owned broadcaster NBC on Wednesday reported that Air Namibia workers had been informed that they will receive a basic salary for the next 12 months but will not receive any benefits.

Air Namibia, which employs 644 workers, is buckling under a mountain of debt. It has failed to produce financial statements in recent years despite regular state bailouts over the past two decades.
© Reuters, aero.uk | 11/02/2021 12:33