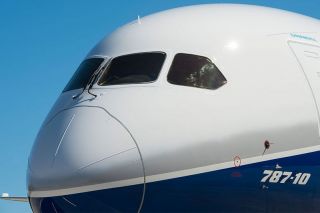 WASHINGTON - The U.S. Federal Aviation Administration on Wednesday issued an airworthiness directive for certain Boeing 787 airplanes, asking for inspection of the jets following reports of torn decompression panels in the bilge area.

The directive comes as Boeing grapples with multiple production flaws on its 787 Dreamliners that have triggered intensive inspections and more than 80 undelivered planes.

Decompression panels separate the passenger compartment from cargo compartment in an aircraft.

The aviation safety regulator estimates that the directive affects 222 787 airplanes that are part of the U.S. registry. Boeing did not immediately respond to a request for comment.
© Reuters, aero.uk | 18/02/2021 07:18