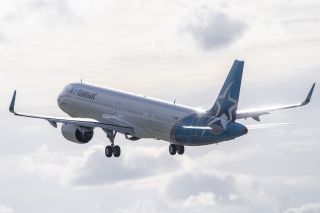 Her comments came after the two companies scrapped the deal after being told by the European Commission that it would be blocked.

Vestager said she had strong concerns about the impact of the deal which Air Canada had failed to allay.

"While the coronavirus outbreak has strongly impacted the airline sector, the preservation of competitive market structures is essential to ensure that the recovery can be swift and strong," she said in a statement.

"The proposed transaction would raise competition concerns on a large number of transatlantic routes. Based on the results of the market test, the remedies offered appeared insufficient."
© Reuters, aero.uk | 03/04/2021 10:43