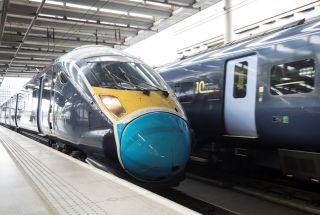 LONDON - The government cuts ties with private railway operator Go Ahead and will take Southeastern rail lines under public helm by mid-October. Go Ahead is understood to face fraud accusations from the government after leaving 25m pounds of taxpayer funding undeclared and unreturned.

The UK government will put Southeastern railway services in public operation by mid-October.

The franchise deal with Go Ahead is shattered by accusations that the private operator withheld taxpayer funding in the tune of 25m pounds according to media reports.

Southeastern rail services offers connections to Heathrow airport. Schedules and job will not be affected by the switch to public operation.
© aero.uk | Image: Southeastern Rail Services | 28/09/2021 14:08