Avianca registers in the UK 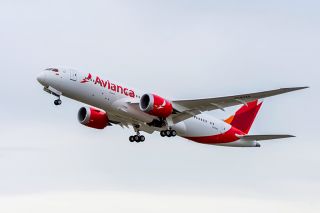 NEW YORK - Avianca is in final court proceedings to close its Chapter 11 restructuring. The airline will move its legal residence to the UK.

Avianca will relocate its holding from Panama to the UK on approval of a bankruptcy court in New York.

"The proposal to domicile the new holding company in the United Kingdom is based on the fact that the rules and decisions of the Chapter 11 process are recognized in said territory," Avianca said. "Consequently, the new domicile does not imply any change in the operation or presence of the airline in their respective jurisdictions."

While flight operations in the Americas will not be affected by the step, a UK residence will offer tax benefits to the company. Avianca intends to register an "Avianca Group International Limited" in the UK.

Chapter 11 proceedings will strip Avianca of 3 billion USD in debt on creditor approval. In return, major lenders including United Airlines stand to take shares in the new company.
© aero.uk | 28/10/2021 09:35