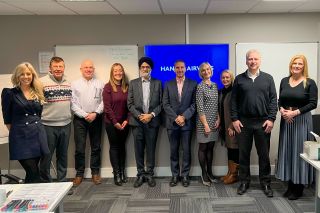 LONDON - Hans Airways expects start commercial operations this summer. The new British longhaul airline will focus on flights to India to serve pent-up demand as the country opens up after two years of travel restrictions. Hans Airways just arranged the first leasing deal for an Airbus A330-300.

Hans Airways formally confirmed its January 2022 Letter of Intent for its first Airbus A330-200 this week.

"The aircraft is now in Abu Dhabi where it is undergoing maintenance checks with Etihad Engineering, overseen by a Hans Airways liaison engineer," Hans Airways said. The aircraft was delivered new to Air Europa in 2008 and will be registered as "G-KJAS" by its new operator.

Hans Airways was not off for an easy regulatory start. The airline submitted its UK AOC application in March 2020, following "extensive discussions" with the UK Civil Aviation Authority and Department for Transport.
© aero.uk | 01/04/2022 15:14