Airbus starts the assembly of its first A321XLR front fuselage 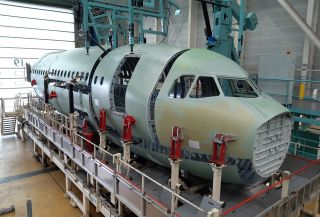 , © Airbus
SAINT NAZAIRE - The nose and front fuselage assembly for the A321XLR has started in France, following the earlier accomplishment of the centre wing box - less than two months after the start of structural assembly of the rear & centre fuselages in Germany.

Six fuselage sections arrived per road convoy from STELIA Aerospace at Airbus Saint-Nazaire on July 1st. Here they will be assembled in the coming weeks including system equipment and flight test instruments installation in the third quarter 2021.

"This is a key milestone for the A321XLR. We are on track to support the aircraft’s entry into service by 2023" said Martin Schnoor, Head of A321XLR Programme Development Airframe Programme. 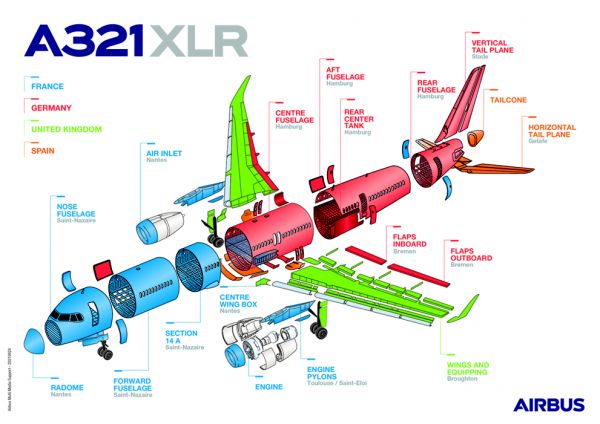 
"We are working on a collaborative "plateau" with Manufacturing Engineering,Technical coordination, Logistics, Quality and dedicated operators," says Paul Molitor, A321XLR development project manager for Airbus. "A dedicated Launch team is following this first aircraft at each step of production."

The first fully assembled and equipped nose and front fuselage will be delivered from Saint-Nazaire to Hamburg for the final assembly of the first A321XLR flight test aircraft in the fourth quarter.
© aero.uk | Image: Airbus | 09/07/2021 10:46