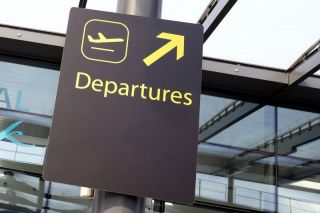 LONDON - Gatwick airport expects its South Terminal to be kept out of operation through mid 2021. While key user British Airways is looking to restore some European flights out of Gatwick in the upcoming winter season, airport management expects overall demand from airlines to remain idle.

Gatwick airport keeps its South Terminal closed for the time being. Airport CEO Stewart Wingate does not expect enough demand to justify a re-opening of the terminal, he told staff in a meeting, first reported by "Daily Telegraph".

While the airport consolidated traffic to its South Terminal in April, it switched operations to the North Terminal during the first Covid-19 wave.

The chief executive of British Airways-owner IAG Willie Walsh said in May that his personal view was that the airline group should continue to have a presence at London's Gatwick Airport.

"I would like to see us continuing to have a presence at Gatwick but that's just a personal opinion, it's not going to influence the consultation that will take place," Walsh told investors on a call.
© aero.uk | Image: Gatwick Airport | 20/08/2020 08:16