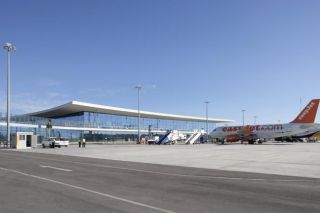 MADRID - Spain and Britain reached a preliminary agreement to keep the Gibraltar border open, just hours before full Brexit. As part of the agreement, Gibraltar, a British Overseas Territory located on Spain's southern tip, will remain part of European Union agreements such as the Schengen Area.

All the details of the agreement will be settled between Spain and Britain during a six-month transition regarding the territory, she told reporters.

"Spain, as member state representing the Union, will be responsible for enforcing Schengen and will be assisted by (EU border agency) Frontex for around four years, conducting controls both in Gibraltar's port and airport," Laya said.

Gibraltar was not part of a last-minute deal for Britain's post-Brexit relationship that was reached between Britain and the European Union last week.

Without Thursday's agreement, tens of thousands of Spaniards and Gibraltarians who cross everyday would have been forced to go through checks and passport stamping, the Spanish foreign minister said.

Spain still claims sovereignty over the port at the mouth of the Mediterranean which it ceded to Britain in 1713 after a war.

Some 99% of Gibraltarians rejected any idea of Britain sharing sovereignty with Spain in a referendum in 2002. However they voted overwhelmingly to remain in the EU in Britain's 2016 referendum on Brexit. British Prime Minister Boris Johnson hailed the agreement in a a tweet.

"I wholeheartedly welcome today’s political agreement between the UK and Spain on Gibraltar’s future relationship with the EU. The UK ... will remain totally committed to the protection of the interests of Gibraltar and its British sovereignty," he said.

The Schengen Area is a 26-country zone covering most of the European Union, and a handful of non-EU members, where internal borders have been abolished and people move freely between countries.
© Reuters, aero.uk | Image: Gibraltar Airport | 01/01/2021 18:54