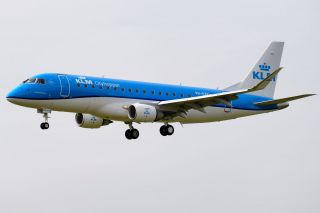 AMSTERDAM - The Netherlands will ban flights carrying passengers from the UK from Sunday as Britain detected a new coronavirus strain. A travel ban will remain in place until Jan. 1, the government said in a statement Sunday, adding that it is monitoring developments and is considering additional measures.

Netherlands added that in early December, sampling of a case in the country had revealed the same virus strain as that found in the UK.

In measures to control the spread of virus, government issued a "do not travel" advisory, unless it is absolutely essential.

The ban came after UK Prime Minister Boris Johnson and scientists announced on Saturday that the new strain of coronavirus identified in the country is up to 70% more infectious.

Johnson also said London and southeast England, which are currently in the highest level of a three-tier system of rules, would now be placed in a new Tier 4 level.
© Reuters, aero.uk | Image: KLM | 20/12/2020 09:00