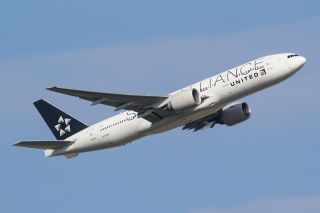 This is United's largest monthly schedule since before the pandemic - United plans to fly 80% of its U.S. schedule compared to July of 2019 – and bookings for summer travel are up 214% compared to 2020 levels.

"This July we're taking a big step toward flying at pre-pandemic levels for our domestic network," said Ankit Gupta, vice president of domestic network planning and scheduling at United. "By adjusting our bank structures at two key hub airports, we're able to offer our customers easy connections to destinations across the U.S. so they can start their vacations at times convenient for them."

United is resuming and adding new routes and increasing its domestic network by 17% compared to its June schedule. United is adding flight banks in Chicago and Washington D.C. to provide customers with convenient connection options.

In Chicago, the airline will add two new banks for a total of nine flight banks and more than 480 daily departures across the globe. In Washington D.C, United is adding a third bank to its operation, and will operate more than 220 daily departures.

"As we start to see a strong desire from our customers to travel internationally to re-opened countries, we are excited to move up service and add a fourth weekly flight to Dubrovnik, Croatia," said Patrick Quayle, vice president of international network and alliances at United. "And with the additional seats we're adding to Athens, Greece, we continue to make creative adjustments to match our service with customer trends."

With customers continuing to book travel to re-opened destinations across the Atlantic, United is resuming and adding to its flights to Europe. United will move up its service between New York/Newark and Dubrovnik to July 1.

United will resume daily service to Athens from New York/Newark in June, and in July will use a Boeing 777-200ER aircraft. This builds on brand new service to Athens from Washington D.C. which will begin in July. United will also add a second flight from Washington D.C. to Frankfurt, providing an evening departure with one-stop connections to over 50 cities in Europe.

Lastly, United is planning to resume service to Spain and Portugal with flights from New York/Newark to Barcelona, Lisbon and Madrid, subject to these countries re-opening to vaccinated tourists.
© aero.uk | 19/05/2021 11:53