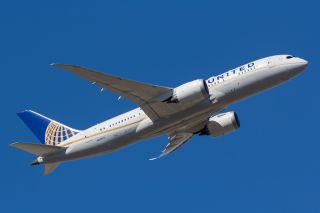 LONDON - United Airlines said on Thursday it will offer free rapid Covid-19 tests to customers on select transatlantic flights, as part of a four-week pilot program aimed at eventually relaxing quarantines that have crippled air travel. The scheme will start Nov. 16 and continue through December.

Chicago-based United said the program would give Abbott Laboratories' rapid molecular ID Now tests, which take about 15 to 20 minutes, to all passengers above age 2.

The program will run from Nov. 16 through Dec. 11 on three evening flights a week from Newark Liberty International Airport to London's Heathrow Airport.

Global airlines are backing Covid-19 testing to replace or reduce 14-day quarantines and other restrictions that have battered demand. Airline trade group International Air Transport Association (IATA) in September forecasted a 66% decline in overall 2020 air traffic because of the pandemic.

United passengers from Newark, New Jersey, with a negative test would still be subject to U.K. quarantine requirements, the carrier said.

But customers would have the assurance of flying on a plane where all travelers have tested negative and the program would strengthen the carrier's case to relax quarantines with passenger testing, a company spokesman said

"They (governments) have to make a decision that is rooted in safety and so what we are trying to do is to demonstrate that it is, in fact, safe," Josh Earnest, United's chief communication officer, told reporters.

Since United introduced testing on its San Francisco to Hawaii flights around two weeks ago, the number of people traveling has nearly doubled compared with the two-week period before the test was available, he said. The test would be provided by appointment at an on-site testing facility at Newark airport.