Wizz Air and airports call for reinstatement of slot rules 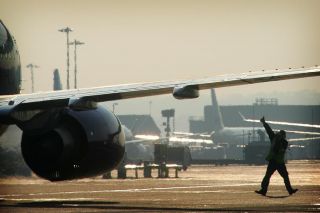 LONDON - A coalition formed of Gatwick, Belfast International, Edinburgh Airports and Wizz Air have written to Transport Secretary urging him to reinstate the "80/20 Use it or Lose It" airport slot rules to ensure "that UK consumers once again benefit from effective choice of destination and airline".

"The coalition recognises that slot regulations had to be suspended during the pandemic but are urgently calling for their reinstatement for the vital summer 2022 season when passenger numbers are expected to rise, following successful vaccination campaigns and the removal of many travel restrictions", Gatwick Airport said on behalf of the group.

Authorities in other markets have reinstated some discipline in slot regulations - China’s domestic aviation is now above pre-pandemic capacity levels and the US domestic market has been close to 90% of normal capacity since June.

"The rest of Europe is also growing back strongly, with France, Italy and Spain already at 78%, 79% and 83% of 2019 capacity levels, respectively, while the UK continues to lag behind at 63%", Gatwick said.

"We have been calling for the reinstatement of the 80:20 slot rules for some time and would strongly urge the UK Government to put these plans in place ready for the 2022 Summer season", Wizz Air said. "It is simply wrong that some UK airlines should be allowed to hold onto these slots for another season if they have no intention of operating them."
© aero.de | Image: Airbus | 09/11/2021 10:19