Wizz Airport to base an Airbus A321 at Gatwick 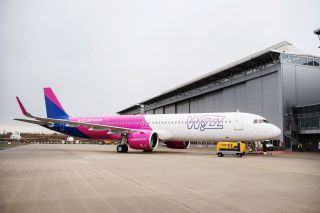 LONDON - Wizz Air will open a new base at Gatwick Airport, which will be the third base for Wizz Air UK, the group’s UK-registered airline, alongside London Luton and the recently announced Doncaster Sheffield. The airline will allocate one Airbus A321 aircraft to the South London hub and launch four new routes.

Wizz Air started flying from Gatwick in 2016, and since then has carried almost one million passengers.

"With the creation of a new base at Gatwick (effective October 22nd), Wizz Air will offer passengers new routes to holiday destinations including Athens (Greece), Naples (Italy), Lanzarote (Spain) and Malta for the remainder of the year," the airline said.

This announcement follows the recent expansion at Doncaster Sheffield, its first regional base, where the airline will allocate one Airbus A321 aircraft and launch seven new routes to destinations including Alicante, Malaga, Larnaca, Faro, Lublin, Kosice and Suceava in October 2020.