Loganair to fill the Flybmi void

GLASGOW - Loganair adds new connections out of Aberdeen, Glasgow and Newcastle to its regional network. By the summer of 2020 the airline will open new services with its fleet of Embraer E135 and E145 jets to cater to the needs of its business customers from the oil, gas and maritime industry.

"Where`s next?" - Loganair opened 19 new routes as part of its ongoing network expansion plan this year. The Scottish airline is actively exploring new destinations after competitor Flybmi defaulted in February 2019. 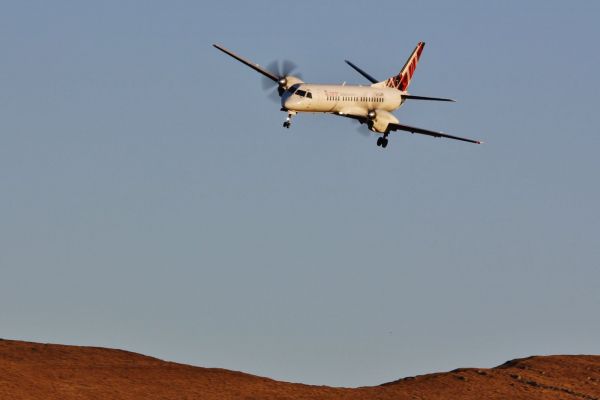 Loganair Saab 2000, © Ronnie Robertson, CCBYSA
By the summer of 2020 Loganair will open new services from Aberdeen to Haugesund (Norway), East Midlands and Brussels, flights from Newcastle to Bergen (Norway) and Guernsey and "a popular business service connecting Scotland and Wales": Glasgow to Cardiff.

"These new routes further expand the airline`s reach across both the UK and Northern Europe - taking our jets to new destinations while introducing additional connections between airports we already serve," said Loganair managing director Jonathan Hinkles.

Loganair operates to a total of 36 destinations in seven countries. Its network spans the globe through a broad-reaching selection of codeshare and interline arrangements with Norwegian regional carrier Wideroe alongside Emirates, Qatar Airways, British Airways, KLM, Air France and Turkish Airlines.

The new flights to Norway reflect Loganair`s shift to a profitable niche: business travel demand from the offshore industry: "The new services from Aberdeen to Haugesund and East Midlands, as well as Newcastle to Bergen will each link regions with notable energy, oil and gas or maritime sectors."
© aero.uk | Image: Loganair | 13/09/2019 08:57