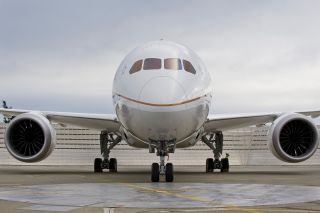 SEATTLE - Boeing may have to book billions of dollars in additional charges related to its parked 737 MAX jets, brokerages said on Monday, citing fresh uncertainty over the time frame for lifting a safety ban imposed after deadly crashes. The company weighs furloughs to mitigate the losses.

Credit Suisse and UBS downgraded the stock after Reuters on Friday reported that a series of internal messages from a former Boeing pilot described the plane's software as behaving erratically months before the jet entered service.

The new revelation plunged the world's largest planemaker into a fresh crisis involving its flagship single-aisle aircraft, as the worldwide safety ban on the 737 MAX stretches into its eighth month.

Boeing booked a $5.6 billion pre-tax charge in the second quarter and in July had estimated the total cost of the MAX grounding to be more than $8 billion.

The crisis over the messages continued to consume Boeing on Monday, two days before the company reports quarterly financial results. Chief Executive Officer Dennis Muilenburg told all employees by email they should speak to managers if they have questions about their content.

Muilenburg began the email, sent on Sunday evening Seattle time, by saying Boeing continues to make "steady progress" toward returning the 737 MAX to commercial service. The company was "deeply committed" to cooperating fully with regulators and investigators, he added.

Boeing's shares fell as much as 5.7% to $324.40 in early trading on Monday, making the stock the biggest percentage loser on the Dow Jones Industrial Average. The stock has lost 18% of its value since the second deadly crash of the popular jet in March.

The planemaker has already cut production of the 737 to 42 aircraft monthly. It plans to increase output to a record level next near, though several industry sources say there is an increasing possibility the company may have to cut production if regulators further delay their approvals.

Reuters reported on Monday that European regulators expect to clear the 737 MAX to return to service in January at the earliest, later than Boeing's estimate of the plane flying before year-end.

"We see increasing risk that the Federal Aviation Administration won't follow through with a certification flight in November and lift the emergency grounding order in December," UBS analyst Myles Walton said, downgrading the stock to "neutral" from "buy."

Walton cut his target price on Boeing's shares by $95 to $375, citing an increase in "likelihood of a pause on the 737 MAX production system" due to a delay in the jet's return.

UBS also downgraded Boeing's biggest supplier, Spirit AeroSystems, to "neutral" from "buy" and cut its target price on the stock to $88 from $92.

Boeing's shares fell nearly 7% on Friday after Reuters first reported on the former pilot's messages and a separate series of emails, which prompted a demand by U.S. regulators for an immediate explanation and a new call in Congress for the company to shake up its management.

The company on Sunday expressed regret over the messages, and said it was still investigating what they meant. Boeing also echoed the pilot's lawyer in saying a flight simulator used by the pilot had technical problems.

Credit Suisse, which had stuck to its "outperform" rating since July 2017, downgraded the stock to "neutral" and cut its target price by $93 to $323, 6% below Boeing's Friday closing price of $344.

With the likely delay in MAX's return to service until February 2020 and the stoppage of production, the American planemaker could record $3.2 billion in charges over four months on top of the $5.6 billion charge its took in the second quarter, Credit Suisse analyst Robert Spingarn said.

"BA could be forced to furlough or fire a portion of its MAX workforce. This could result in lost labor force productivity when/if the MAX does return to service. We have seen the consequences of such events in shipbuilding: it can be ugly," said Spingarn.

Several industry sources said there was speculation inside the company of significant job cuts as Boeing continues to drain cash. Boeing's board was wrapping up two days of meetings in San Antonio.

Bank of America Merrill Lynch reduced its price target on Boeing's shares to $370 from $400, saying there were many questions swirling around Boeing's culture, brand and corporate governance following the latest developments.
© Reuters, aero.uk | Image: Boeing | 22/10/2019 08:20