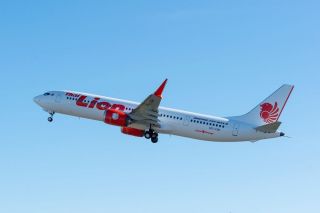 JAKARTA - Lion Air is targeting a flotation of up to $1 billion in the first quarter of 2020 amid a "market of stability", several sources close to the matter said, as the Indonesian airline resumes growth after a year dominated by the fatal crash of one of its Boeing 737 MAX jets near Jakarta.

The budget carrier, which had been awaiting an official report on last year’s crash before making key decisions including a long-delayed initial public offering, is hoping to fund future aircraft deliveries to service an improving market.

"The Indonesian market is finally showing signs of stability. This is a good time to tap the market,” one individual with knowledge of the plans said.

The sources all declined to be named as they are not authorized to speak to the media about the IPO, which would involve Lion Air’s core Indonesian airline and could rank as one of the biggest floats in Indonesia.

A Lion Air spokesman in Jakarta declined comment. Reuters reported in March that the 20-year-old Lion Air, which has grown into one of Asia’s largest budget carriers with about 110 planes, had begun preliminary work on the IPO and informally tapped advisers.

The source said the IPO could raise between $750 million to $1 billion, but an amount had not been finalised. Lion Air is part of the Lion Air Group, which has airline joint ventures in Malaysia and Thailand and also operates airports in Indonesia and aircraft maintenance facilities.

State-run Garuda Indonesia (GIAA.JK), which turned profitable in the first nine months of this year, took operational control of smaller rival SriWijaya Group late last year, helping it capture about half of the local market.

Lion Air, which roughly controls the other half, has toyed with a flotation over the past five years, only to conclude that it could fund some of the biggest multi-billion dollar orders placed with Boeing (BA.N) and Airbus (AIR.PA) from its own operations and bank financing.
© Reuters, aero.uk | Image: Boeing | 05/11/2019 07:56