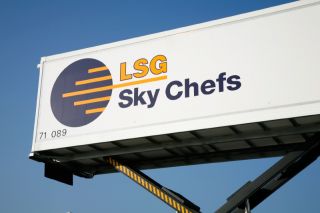 ERLIN (Reuters) - Lufthansa will initiate the sale of the parts of its catering unit LSG it is not selling to Switzerland’s Gategroup early next year, the German carrier said on Monday.

Lufthansa announced last month it is selling the European operations of LSG to Gategroup. The businesses it is selling generated revenues of around 1.1 billion euros ($1.21 billion)last year - about a third of LSG’s total.

On Monday, it said it had concluded that purchase agreement, setting up a new joint venture company for the Frankfurt and Munich operations which provide catering for its flights, with Lufthansa retaining a minority shareholding in that.