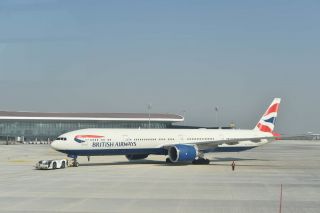 LONDON - British Airways is due to make an unspecified number of pilots redundant according to UK pilot union BALPA, as the airline seeks to reduce its costs to try survive the coronavirus crisis.

The CEO of BA, owned by IAG, said on Friday that the carrier was in a battle for survival and that it would have to make job losses but did not give details.

BALPA said in a statement on Tuesday that it was reassured that BA was working with it to avoid compulsory dismissals, but that redundancies were nevertheless disappointing.

"While we do not underestimate the magnitude of the problem facing BA and other airlines we are extremely disappointed that a company like BA with a strong balance sheet and cash reserves has rushed into redundancy consultation," said BALPA General Secretary Brian Strutton.