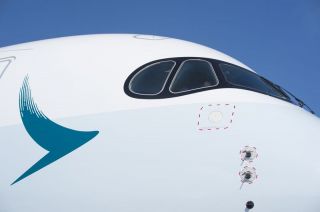 SYDNEY - Hong Kong`s Cathay Pacific Airways will make further cuts to passenger capacity because of extremely low demand, leaving it with just two flights a week each to four long-haul destinations in April, according to an internal memo. The company furloughed staff and annouced additional unpaid leave.

The airline carried only 582 passengers one day this week with a load factor of 18.3%, which compares to 100,000 customers on a normal day, Cathay chief executive Augustus Tang said in a memo to staff seen by Reuters.

The carrier will maintain a skeleton long-haul network with two weekly passenger flights from Hong Kong to London, Los Angeles, Vancouver and Sydney, while hoping to keep three weekly regional flights to major destinations around Asia such as Singapore, Beijing and Tokyo. It will also try to capitalise on stronger cargo demand, the memo said.

"However, the reduction of capacity on our wide body fleet means our cargo revenues are still well below last year," Tang said. Most Cathay employees already agreed to take three weeks of unpaid leave as part of an effort to cut costs.

Tang said further unpaid leave in the form of temporary stand-downs and furloughs were occurring in some regions for ground employees where it had stopped flights or reduced capacity.