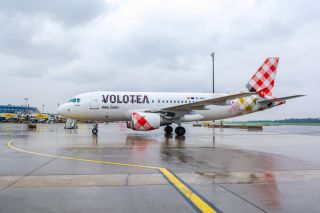 BARCELONA - Voloteahas launches 40 new routes in all the countries where it is based. In Italy, France, Spain and Greece, Volotea is now offering new domestic flights with 15 exclusive connections.

The aim is to provide more domestic possibilities for this summer, and to facilitate journeys between mainland and the islands. The airline has also advertised the resumption of flights for June 16th, with the operation of the Airbus shuttle between Toulouse and Hamburg.

In Italy, France, Spain and Greece, the airline is launching a new offer to boost domestic flights in 2020, strengthening connections between the continent and islands and increasing travelers’ choices for local summer holidays.

15 new routes will be launched in France, another 15 in Spain, 8 in Italy and 2 in Greece. From the 40 new routes offered, a total of 15 are exclusive. The airline will also fly to 4 new airports previously unserved by the airline: Beauvais in France, Santiago de Compostela and Granada in Spain and Bologna in Italy. All the detailed information and booking options are available today at Volotea’s website.
© aero.uk | 25/05/2020 09:26