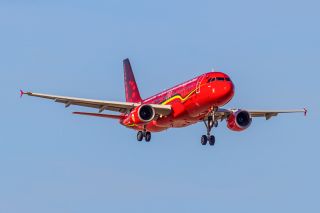 BRUSSELS - Brussels Airlines, a subsidiary of Germany’s Lufthansa, said on Monday it would offer 30% of its original planned summer schedule.

That's equivalent to 59 destinations in 33 countries between June 15 and August 31 because of the COVID-19 pandemic.

The company said its summer offering would represent 30% of its originally planned summer schedule in Europe and 40% of its planned long-haul program.

Destinations in Europe include France, Spain, Italy, among the countries most severely hit by the pandemic, where it will fly again in the week of June 15.

Flights to New York City's JFK airport will resume in July, it said in a statement. It will announce further destinations beyond summer in early June.

Brussels Airlines said this month it was reducing its fleet by 30% and its workforce by a quarter to guarantee its survival after the pandemic.

The Belgian government is meanwhile in talks with Lufthansa about possible state aid for the Belgian carrier, provided the future of the company is guaranteed.
© Reuters, aero.uk | 25/05/2020 14:17