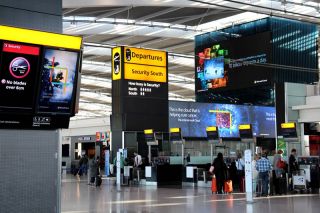 PARIS - Global airlines have urged governments to keep politics out of coronavirus border controls after Britain and France became embroiled in a row over reciprocal quarantine rules.

France has signalled it will impose equivalent measures after Britain announced a 14-day quarantine for people arriving from mainland Europe, including France, from June 8.

Alexandre de Juniac, director general of the International Air Transport Association (IATA), said any border restrictions related to the epidemic should be driven purely by science.

"Tit-for-tat quarantine measures unacceptable," he told an online weekly news conference. He added later that IATA would not comment on the actions of individual states.
© Reuters, aero.uk | 26/05/2020 14:56