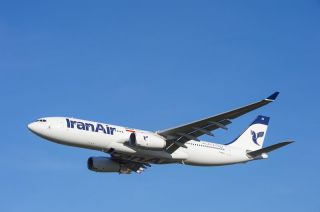 TEHERAN - Iran is drawing up plans to offer discounts to some foreign airlines using its airspace, state news agency IRNA quoted a senior aviation official as saying on Saturday, after a slump in flights due to the coronavirus pandemic and regional tensions.

Nasser Aghaei, director of the state-run Iran Airports and Air Navigation Company, said the discounts would go to the top eight airlines providing transit income as well as airlines boosting their flights by 20 percent.

However, no general cut in fees are planned, IRNA said. Iran is one of many countries to charge so-called overflight fees, which are generally used to fund services such as air traffic control, weather data and aeronautical information. The planned discounts still have to be approved by the government, Aghaei said.

Before the pandemic, major airlines in January rerouted or cancelled flights to avoid airspace over Iraq and Iran following an Iranian missile strike on U.S.-led forces in Iraq.

On Jan 8, all 176 people aboard a Ukrainian airliner flight were killed when the plane crashed shortly after takeoff en route from Tehran to Kiev.

Iran acknowledged shooting the plane down but said it had done so by mistake while under high alert, hours after it had fired at U.S. targets in retaliation for a U.S. strike that killed an Iranian general.

In June, some global airlines re-routed flights to avoid Iran-controlled airspace over parts of the Gulf, after the U.S. aviation regulator barred its carriers from the area following the downing of a U.S. drone by Iran.
© Reuters, aero.uk | 22/06/2020 08:23