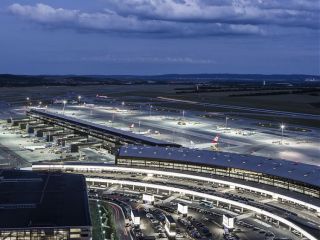 VIENNA - Vienna Airport plans to scrap landing fees until the end of the year to help revive air traffic and boost its revenue after the coronavirus brought it to a near standstill.

The operator said that it plans to reintroduce the landing tax from January 2021, but to offer a reduced fee per passenger to airlines that provide at least 65% of the capacity initially planned for 2020.

Primarily serving as a hub to southern and eastern Europe, the airport is largely dependent on Germany's Lufthansa, which carried more than 40% of Vienna's passengers last year and is now battling to avoid insolvency.

Normally, an airline pays a fare of 760 euros ($859) to land an Airbus A320 and fees per passenger at departure are 14 euros on average, Co-Chief Executive Julian Jaeger told Austrian daily newspaper Die Presse, which first reported the plan.

These passenger taxes could be reduced by 2 to 4 euros, depending on the destination, Jaeger said.

From mid-March to mid-June, passenger numbers at Vienna Airport had come down to nearly zero due to the global coronavirus restrictions. Since then, increasing numbers of scheduled flights are taking off again.