Aeroméxico says it will double domestic flights in July 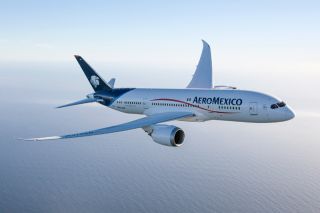 Mexico City - Aeroméxico said that in July it will operate twice as many domestic flights as it did in June and expects to increase its international operations four-fold over the same time.

Aeroméxico said last week it was analyzing its options for an orderly restructuring of its short- and medium-term financial commitments, adding that it had not decided whether to seek Chapter 11 bankruptcy protection in the United States.

The company said that in July it will add more flights to New York, Los Angeles, Madrid, Amsterdam, Paris and Seoul and will resume its operations from Mexico City to Austin, Tokyo and São Paulo.

"With these adjustments, the airline expects to have operated 6,000 flights in July," the company said in a statement.

In the first quarter, Aeroméxico reported a net loss of 2.5 billion pesos ($109.6 million), hit by a weak economy as well as the coronavirus outbreak. It had total liabilities of 116.6 billion pesos as of March 31, according to its first-quarter results.

The future of many airlines has been in doubt after governments around the world imposed curbs on travel to stem the spread of COVID-19.

While some governments have given airlines a lifeline, Mexico's leftist President Andres Manuel Lopez Obrador has been adamant that he would not use taxpayer money to bail out shareholders in large companies.
© Reuters, aero.uk | 26/06/2020 09:02