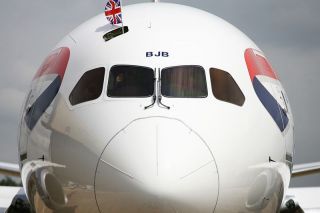 LONDON - British Airways is in agreement with its pilot union to cut 350 pilots and place 300 more in a pooling scheme for eventual re-hire, "The Sun" reports. Meanwhile, the trade union has met investors in its parent company IAG, seeking to ramp up pressure on the airline.

BA plans to cut 12,000 staff, or more than a quarter of its workforce, to tackle the coronavirus crisis and has also angered unions by proposing new contracts for the workers it keeps.

Still, the airline negotionated furlough terms its pilots, "The Sun" reports. The plans will see 350 pilot jobs cut from payroll - mostly at Gatwick airport - and 300 more captains and first officers placed in a re-hiring pool on half-pay. The rest of pilots will have pay checks cut by 15 percent.

Unite, the union which represents BA cabin crew, has responded by lobbying for law to be changed to allow BA to be stripped of some valuable take-off and landing slots at London's Heathrow Airport if it proceeds with it plans.

Sharon Graham, Unite's executive officer, told Reuters it had won significant political backing for its campaign and met investors this week to highlight the risks to BA's profits if it lost key airport slots.

She said Unite had support from 90 lawmakers from several parties. A minister said earlier in June that BA's slots could be reviewed.

Graham forecast the battle with BA could last a year and said its significance went beyond the airline industry.

"If we let this company get away with this, then other companies will follow suit. There'll be things people would like to do and they'll use the crisis to do it," she said.

Under historical rights, BA operates over 50% of slots at Heathrow and losing any would hurt its profits. At the moment, about 22,000 BA staff are furloughed.

Unite says the 30,000 staff it plans to keep are being given new contracts, some with pay cuts of up to 70%. BA says it has proposed pay cuts to a maximum of 20%.

The union says other airlines including easyJet, Ryanair and Virgin Atlantic have all agreed that pay cuts and other changes would be temporary. Alex Cruz, BA's boss, told staff in June that if slots were removed, more jobs would go.
© Reuters, aero.uk | Image: British Airways | 29/06/2020 07:50