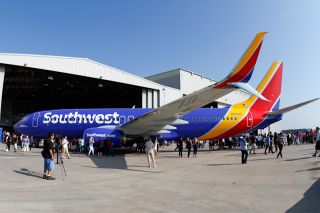 This could create a competitive boost for budget carriers including Southwest Airlines, whose lower cost structure could help it win market share with cheaper fares, experts said.

Labor will be the biggest single cost for airlines struggling to weather the coronavirus crisis that has crushed air travel demand.

With no quick recovery in sight, United Airlines said it was sending 36,000 furlough warnings to union workers, nearly half its staff, after having received only 3,700 volunteers for early exit deals. Flight attendants are among the hardest hit.

"And I imagine ticket prices will flow more or less in line with that," said Blake Haxton of Diamond Hill Capital Management analyst, which owns airline shares. United flight attendants earn under $30 an hour at the lower end of the pay scale versus nearly $70 an hour at the top end, according to 2016-2021 contractual pay charts reviewed by Reuters.

Low-cost carriers like Southwest have another advantage: Their networks are more focused on domestic leisure travel, where demand is seen recovering first. Legacy carriers, on the other hand, generate more profit from business travel, which remains anemic. "It's a perfect storm for the legacy carriers," Haxton said.

United's warning, which one labor leader called a "gut-punch" but also an "honest assessment" of the state of the industry, is the first indication of the scale of large airlines' job cuts coming Oct. 1.

That is when airlines that received a $25 billion federal payroll support package to help protect jobs through September can begin involuntary furloughs.

Unions have asked lawmakers to extend the payroll aid through March 31. Airlines are not opposed to the idea but are not actively lobbying for it, with little appetite to extend conditions tied to the first package, people familiar with the matter said.

The final number of United furloughs will depend on how demand evolves and how many employees leave voluntarily. The deadline to apply for early exit deals, which offer travel and health benefits but no cash, is July 15.

Exit packages at Southwest, aimed at avoiding its first furloughs in its 49-year history, include buyouts. The deadline is also July 15. Delta Air Lines is also offering buyouts. American Airlines is expected to roll out a broader early-exit program for frontline workers soon but has warned it may have 20,000 more staff than needed in the fall.

Until now, tens of thousands of airline workers have taken temporary unpaid leaves, helped by a $600 weekly federal unemployment supplement that expires this month. That means more employees could return to payroll on Aug. 1 if a push in Washington for a second round of stimulus checks fails.

Furloughs will vary by work group, with airlines seeking to avoid pilot furloughs because of the timely and costly training involved in bringing them back. It generally takes about one year to re-train 800 pilots, union officials said. If a COVID-19 vaccine is developed and demand bounces back, airlines want to be able to pick up that demand.

United said it was sending about 2,250 furlough warnings to pilots while working with the union to mitigate the final number.
© Reuters, aero.uk | Image: American Airlines | 12/07/2020 09:39