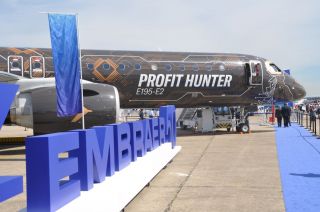 EXIM said the loan guarantee also would support supply chain jobs in Arizona, Connecticut, Georgia, Tennessee and Texas. Embraer has been struggling to craft a new future since Boeing Co canceled its $4.2 billion takeover of the Brazilian jetmaker's commercial aircraft business in April.

The company said its new buyout program, the second since the pandemic began, will target workers who are currently furloughed or employees who are at least 55 years of age. Workers would get 10% of their salary for each year worked.

Embraer's larger rivals Boeing Co and Airbus have also announced plans to reduce their workforce in light of the crisis that has hammered air travel demand.

EXIM said the guarantee was needed because Embraer Executive Aircraft customers have delayed deliveries of business jets due to the coronavirus pandemic, cutting the firm's revenues.

"In addition, the commercial sector is significantly constrained in its lending capacity due to the pandemic and its ability to make new loans has been reduced," EXIM said.