Qatar Airways to increase its influence on IAG 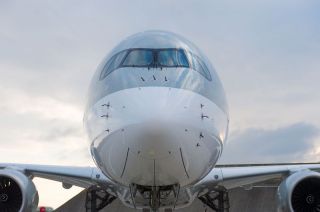 LONDON - Qatar Airways has proposed two directors for the board of British Airways owner IAG, seeking to strengthen its position after backing the group's planned 2.75 billion euro ($3.27 billion) cash call.

State-owned Qatar Airways, one of the Middle East’s biggest carriers, has been building a stake in IAG since 2015 and now holds 25.1% of the company.

IAG announced plans for the capital increase on Friday as it seeks to shore up its finances after the COVID-19 pandemic effectively brought the entire airline sector to a halt.

It said that Qatar would back the move and subscribe for its pro rata entitlement. The Gulf carrier will also propose two directors to join the board as non-executive directors, within Qatar's proportionate representation rights under Spanish law, IAG added.

The Spanish-registered group, which also owns Iberia and Aer Lingus, said its annual shareholder meeting would be held on Sept. 8, at which shareholders will be asked to approve the capital increase.

"We believe our shareholders will be supportive," IAG Chief Executive Willie Walsh told Ireland's RTE Radio. If approved, the capital increase is expected to be launched as soon as possible after the shareholders meeting.
© Reuters, aero.uk | 03/08/2020 07:38