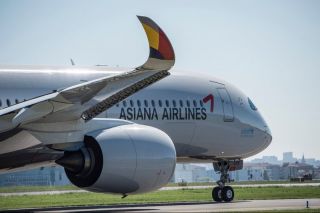 They had agreed to buy control of Asiana in December, but called for better terms after the airline's debt surged in subsequent months after the coronavirus pandemic tore through markets and wiped out demand for travel.

Hyundai Development plans to respond after legal review, it said in a regulatory filing, adding that the deal fell apart due to Asiana's failure to meet preconditions. Mirae Asset said it will respond according to future progress as a financial investor.