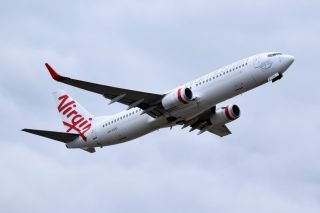 Local media reports said Scurrah had clashed with Bain about the strategy for Australia's second-biggest airline and was trying to steer it away from becoming a budget carrier.

Scurrah said on Wednesday he was not in the habit of commenting on speculation when asked about rumours he would be replaced, according to The Australian Financial Review.

A Virgin spokesman said the airline was not in a position to comment. Bain did not respond immediately to a request for comment.

Transport Workers' Union national secretary Michael Kaine said in a statement that the lack of clarity over Scurrah's position was a "serious and worrying development."

Creditors last month voted in favour of the U.S. private equity group's purchase of Virgin, a move that will allow it to exit voluntary administration.

Virgin entered administration in April owing A$7 billion ($5.02 billion) to creditors after suffering from a sharp plunge in demand because of the coronavirus pandemic.

Before the pandemic, Virgin had spent a decade transforming itself from a low-cost carrier to a full-service rival to Qantas competing for corporate travellers. But that came at the cost of years of losses.

Under Bain's business plan, Virgin plans to cut a third of its workforce as part of an overhaul that will focus on being a domestic and short-haul international Boeing Co 737 operator.

Scurrah had indicated the airline planned to position itself as a more value-focused option than Qantas but to retain a premium offering to Qantas' budget offshoot Jetstar.
© Reuters, aero.uk | 14/10/2020 07:38