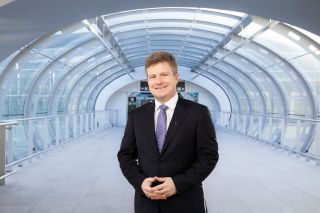 PARIS - British Airways' new boss appealed to Britain and the United States on Monday to back pre-flight COVID-19 testing with quarantine-free transatlantic travel corridors - the British aviation sector is getting increasingly frustrated with a lack of support and action from international governments.

"We need to work together on a testing pilot so flights can start between London and New York, traditionally one of the busiest airline routes in the world," Sean Doyle said in his first public appearance in the job.

The former Aer Lingus CEO also echoed industry calls for a global framework of virus testing to replace quarantines blamed by the industry for exacerbating its slump.

A British-U.S. pilot programme requires both governments to waive quarantines, Doyle said. "At the moment we're not getting any support or action and we're not hearing from governments what they're thinking."

British Transport Minister Grant Shapps told the same conference he would push for an agreement on new travel corridors with the United States.

"We're trying to get this moving as quickly as possible," Shapps said. "By the very nature of international cooperation I'm afraid I can't predict how fast the rest of the world will be to make that a reality."
© Reuters, aero.uk | Image: British Airways | 19/10/2020 14:20