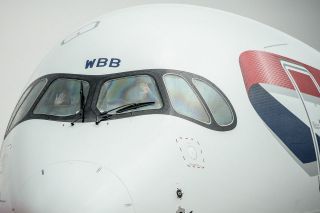 LONDON - IAG said it was driving down its cost base, with new CEO Luis Gallego sticking to his predecessor's policy of cutting employee and supplier costs to survive the deepening travel slump. The British Airways owner also used its quarterly results statement to call on governments to adopt pre-departure Covid-19 testing.

A broad testing scheme could allow travel during a second wave of infections that is forcing governments to lock down Europe once again, IAG said.

IAG said that it had cut cash operating costs by 54% from original plans to 205 million euros per week during the July-September period, a move that is key to airline survival during a winter with very low travel.

"The group has made significant progress on restructuring and we continue to reduce our cost base," Gallego said in a statement.

He took over from Willie Walsh in September after the company secured shareholder backing for a 2.74 billion euro capital hike to boost its finances during the pandemic.

The airline group, which also owns Iberia, Aer Lingus and Vueling, was publishing further details on its third quarter after it announced a worse than expected quarterly loss of 1.3 billion euros last week.

It said the total operating loss for the quarter was 1.9 billion euros including exceptional items relating to fuel hedges and restructuring costs at British Airways and Aer Lingus where staff numbers have been cut by 10,000, mostly at BA.
© Reuters, aero.uk | Image: British Airways | 30/10/2020 08:54