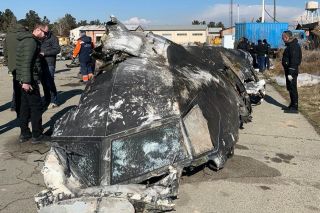 NEW YORK - A governing panel at the United Nations' aviation agency urged Iran on Friday to accelerate an investigation into the downing of a Ukrainian airliner in January, while an Iranian official said a final report on the crash would be circulated soon.

The International Civil Aviation Organization said members of its 36-nation council issued the call, nearly 10 months after a Ukraine International Airlines flight was shot down by an Iranian ground-to-air missile, killing 176 people.

"We have had several exchanges with the Iranian CAA in which we urged its authorities to expedite the accident investigation," council president Salvatore Sciacchitano told a meeting of the committee, according to ICAO.

Iran's representative to ICAO, however, said he had made a full report to the council on the progress of the investigation.

A draft of the final report has been completed and is being translated, Farhad Parvaresh told Reuters.

It will be sent to participating nations in "a couple of weeks," he said, adding that Iran was adhering to international rules on air investigations known as Annex 13.

Those rules include a recommendation that the final report appears within 12 months, which in this case runs until early January, though many high-profile probes take longer.

Although the deadline has not yet been reached, some states including Canada are concerned about what they view as a lack of transparency, according to a person familiar with the discussions.

Iran’s Revolutionary Guard has said it accidentally shot down Ukraine International Airlines Flight PS752 on Jan. 8, mistaking it for a missile at a time when tensions were high between Iran and the United States.

Canada and families of the victims are pressing Iran for additional answers following an initial report on the contents of black boxes, which were sent to France for analysis in July.

Many of the 176 victims killed in the crash were Canadian citizens or permanent residents.

Ukraine, where the Boeing 737 was operated, and the United States, where it was designed and built, are automatically part of any formal accident investigation under ICAO rules.

The rules say any participating nations should be given 60 days to make comments before the final report can be published.
© Reuters | 07/11/2020 16:49