To keep A380 grounded 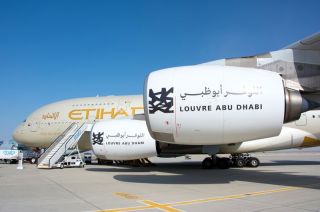 DUBAI - Etihad Airways told cabin crew on Wednesday there would be layoffs this week, an internal email seen by Reuters showed.

A company source said the airline will keep its Airbus A380 superjumbos parked "indefinitely" due to a slower than expected recovery in air travel demand. In the internal email, cabin crew were told those affected would be notified within 24 hours, without saying how many would lose their jobs.

The warning was sent out two days after a similar notice was sent out to pilots at the Abu Dhabi state carrier. Etihad has already cut jobs and salaries as its losses widened this year.

Staff were told in the email that Etihad believes it will become a much smaller airline as air travel demand has not been recovering fast enough, leaving the carrier with a larger workforce than it needs.

A company source said up to 1,000 cabin crew job cuts are expected, including senior cabin staff and cabin managers. The airline employed around 4,800 cabin crew as of February.

The source said that Chief Executive Tony Douglas had told staff its A380s would continue to be parked "indefinitely." They have been grounded since March due to the pandemic that has shattered air travel demand.

An Etihad spokeswoman told Reuters the A380s would remain grounded unless there was sufficient demand. She did not respond to questions about the planned job losses.

The International Air Transport Association has said that inconsistent border rules are hampering the airline industry's recovery, making it difficult for airlines to plan ahead.

A new wave of infections and lockdowns across Europe and elsewhere has created further uncertainty for the aviation industry as it faces its worst ever crisis.

Etihad this week said it would push ahead with plans to shrink the airline into mid-sized carrier concentrating on its wide-body fleet, raising questions about the future of its 30 narrow-body Airbus A320 jets.
© Reuters, aero.uk | 11/11/2020 12:47