Government delegation on board

Gulf Air flies for the first time to Tel Aviv 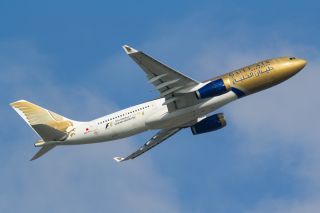