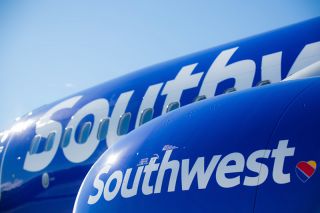 CHICAGO- The chief executives of the seven largest U.S. airlines made a fresh plea for more payroll relief before the end of the year and pointed to the challenges of distributing a Covid-19 vaccine in a letter to Congressional leaders on Wednesday. Southwest Airlines put 400 employees on notice.

The letter, seen by Reuters, was sent by the main industry lobby Airlines for America and signed by the heads of the top seven U.S. airlines.

"As the nation looks forward and takes on the logistical challenges of distributing a vaccine, it will be important to ensure there are sufficient certified employees and planes in service necessary for adequate capacity to complete the task," they said.

U.S. airlines received $25 billion in federal aid to keep employees on payroll between March and September and have asked for a second round of support after cutting tens of thousands of jobs either through furloughs or early retirements in recent months.

They have argued that they need trained employees to help service an economic rebound, with the prospects of a vaccine in the coming months underscoring the urgency.

The number of travelers that passed through Transportation Security Administration checkpoints on Tuesday was down two-thirds from the same day in 2019, an improvement from the start of the pandemic but not enough to bring airlines out of their cash hole, particularly with further lockdowns looming as COVID-19 cases rise.

Still, the industry's aid request has received wide bipartisan support but has so far failed to pass as Congress remains deadlocked over a broader COVID-19 relief and stimulus plan.

They are now hoping that Congress can pass airline aid through some other vehicle such as a funding bill this year, people familiar with the matter have said. Congress is not expected to return until Nov. 30.

Southwest Airlines, which has never laid off any employees in its 49-history, sent warnings of potential furloughs to about 400 employees on Wednesday.
© Reuters, aero.uk | Image: American Airlines | 19/11/2020 07:23