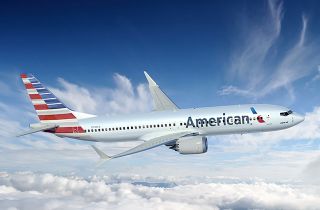 HOUSTON - American Airlines said it would make good on its plan to return Boeing 737 MAX jets to passenger flights by the end of 2020 after the planemaker won U.S. Federal Aviation Administration (FAA) approval to fly them again.

The No.1 U.S. airline said it will begin with non-commercial flights in early December before resuming passenger flights later in the month.

The airline said it will operate two flights a day, or one round-trip between Miami and New York from Dec. 29 to Jan. 4.

The FAA detailed software upgrades and training changes Boeing must make in order for it to resume commercial flights after a 20-month grounding, the longest in commercial aviation history.

Smaller rival United Airlines announced plans to return the 737 MAX aircraft to service in the first quarter of 2021. Southwest Airlines, the world's largest MAX operator, had in October said it does not plan to fly the aircraft until the second quarter of 2021.