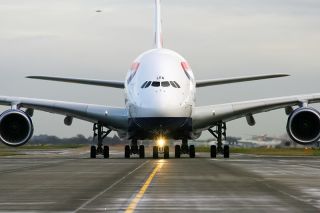 British Airways moved four A380s to Spain for the winter. The airline flew G-XLEF and G-XLEG to Madrid earlier this month, where the fleet can be attended by its IAG partner airline Iberia.

Its two oldest A380 - G-XLEA and G-XLEB - left London-Heathrow and Chateauroux for the notorious storage airport Teruel Friday - flagging concerns about a potential phase-out of aircraft that joined British Airways as recently as 2013.

British Airways kept its A380 fleet essentially grounded at Chateauroux since March with only occasional passenger and maintenance flights.
© aero.uk | 23/11/2020 09:38