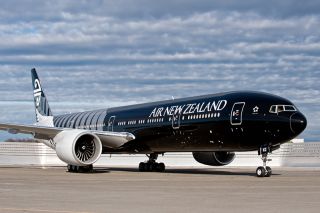 WELLINGTON - New Zealand will ask international travelers from most countries to show negative COVID-19 test results before boarding flights to the country as new contagious variants of COVID-19 spread across globally.

"Given the high rates of infection in many countries and evidence of the global spread of more transmissible variants, it's clear that most global air routes will be of critical concern for the foreseeable future," COVID-19 Response Minister Chris Hipkins said in a statement.

Hipkins said the pre-departure test requirement would soon expand to all countries and territories excluding Australia, Antarctica and some Pacific Island nations.

Travelers would still have to complete the 14-day mandatory quarantine and undergo testing upon arrival in New Zealand.

Border closure and a strict national lockdown during the initial phase of the pandemic has helped New Zealand keep numbers relatively low, with just over 1,800 confirmed cases and 25 deaths since the pandemic began. The country last reported a local case nearly two months ago.

Critics have said the government has been taking the new COVID-19 variants too lightly and calls have grown for urgently extending pre-departure testing and accelerate the roll out of vaccines.

The government said it had secured enough vaccines to inoculate all of the country's 5 million people, with agreements signed with pharmaceutical companies AstraZeneca and Novavax. It plans to inoculate border workers only by the end of March and the general public by mid-year.

"New Zealand has fallen behind the rest of the world with its vaccine programme and the government needs to explain why," opposition National Party leader Judith Collins said in a statement this week.

"Kiwis are rightly asking why Australia has plans to vaccinate four million people by the end of March while New Zealand won’t start vaccinating the general public until at least July." Australia brought forward its vaccine roll-out two weeks to early March.

"When we start is less important than when we finish it," Hipkins said at a news conference, adding New Zealand's success in containing gives it time to roll out vaccines.
© Reuters, aero.uk | 12/01/2021 10:12