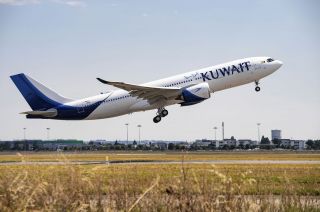 KUWAIT - Kuwait's government has delayed the second phase of its plan for resuming commercial flights until further notice, the state news agency said on Monday, keeping the airport's capacity at 30 percent of pre-pandemic levels.

The cabinet also ordered Kuwait's Directorate General of Civil Aviation to reduce the number of flights arriving in the country.

Kuwait began the first phase of resuming flights in August last year at the reduced capacity, which it had said would last for six months, after which a maximum capacity of 60% was to be allowed.

Kuwait on Sunday reduced the number of daily overseas airline passenger arrivals by 80 percent to 1,000 to manage the spread of a new coronavirus variant, a source told Reuters.
© Reuters, aero.uk | 26/01/2021 08:00