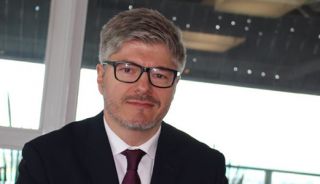 MONTREAL – The 36-State governing body of the International Civil Aviation Organization (ICAO), the ICAO Council, has appointed Juan Carlos Salazar as the new Secretary General of the Organization.

His three-year term will begin 1 August 2021. He succeeds Dr. Fang Liu, who has held the position for two consecutive terms since 2015.

Salazar was appointed based on his extensive professional experience in the administration of complex organizations at the national, regional and international levels.

He is also an expert in aviation law and standards with more than 26 years of experience in international negotiations in the fields of aviation, management, and public policy.

Since January 2018, Salazar has been serving as Director General of Civil Aviation of Colombia at Aerocivil, a complex civil aviation organization with more than 3,100 employees and 12 trade unions.

He is in charge of a network of 72 public airports and of the sole air navigation service provider in a country that serves as a key hub for air routes in Latin America. He has also served as Chief Executive Officer of the Colombian Civil Aviation Organisation and as Senior Advisor to the Civil Aviation Authority of the United Arab Emirates.