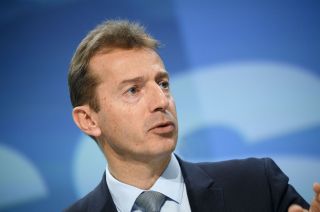 PARIS - European planemaker Airbus sees demand for flying on the industry's most-used jets - the medium-haul A320 and Boeing 737 families - recovering to pre-pandemic levels in 2023, amid concerns over the shape of demand for bigger models like the A330neo and A350 series.

Chief Executive Guillaume Faury said on a webcast on Tuesday that the recovery in air travel in Europe had been "very disappointing" so far in 2021 but that traffic was rebounding in the United States.

The aerospace industry has been attempting to estimate how long it will take to return to record pre-pandemic traffic levels seen in 2019, with average estimates focusing on 2024.

"We think on the single-aisle business, on the narrowbody planes, it is probably going to be around 2023, and for the widebody planes around 2024, 2025: We don't really know," Faury said.

"There is more uncertainty on how fast and how strongly the international traffic will recover," he added.

The Airbus CEO played down concerns that air travel would be permanently dented as a result of the pandemic, as companies cut costs and increasingly adopt video-meeting technology.

Citigroup earlier cut Airbus to "neutral" from "buy," citing a glut of planes and a risk that business travel would be permanently impaired, leading to long-term traffic demand 10% below pre-coronavirus expectations.

But speaking on the webcast, hosted by air traffic control agency Eurocontrol, Faury said that once it did recover, travel demand would be "not very different from what it was before".

For now, Eurocontrol says domestic air passenger travel and freight flights are rising in Europe but that "normal operations are still severely damaged by the pandemic".

Low-cost airline traffic is around 84% below pre-pandemic levels, director general Eamonn Brennan said on the webcast.